Despite the importance of selenium in our daily lives (selenium is interesting because it is simultaneously toxic but essential for humans to produce proteins), the number of high-resolution spectroscopic studies of selenium-centered hydrogen bonds (HBs) is very small. Moreover, from a fundamental point of view it is interesting to compare the selenium HBs with those made by other chalcogen atoms (such as oxygen and sulfur). Selenium-centered HBs can be studied in weakly-bound intermolecular complexes isolated in a jet expansion. Here we report on the dimers of benzeneselenol ··· H2O and benzeneselenol ··· H2S, probed in a supersonic jet using chirped-pulsed and cavity Fourier-transform microwave spectroscopy in the cm-wave region 2-18 GHz. Notable differences have been observed in the behavior of the two selenol dimers. In the benzeneselenol monohydrate the selenol group acts as proton donor to water. Conversely, in the hydrogen sulfide dimer the selenol accepts a proton from the sulfide. The spectrum of several monosubstituted isotopologues were also assigned, including those of selenium, H218O and H234S, which were used to calculate ground-state effective structures and HB structures in both cases. Accurate rotational parameters and density-functional-theory supporting calculations will be reported for the investigated species. 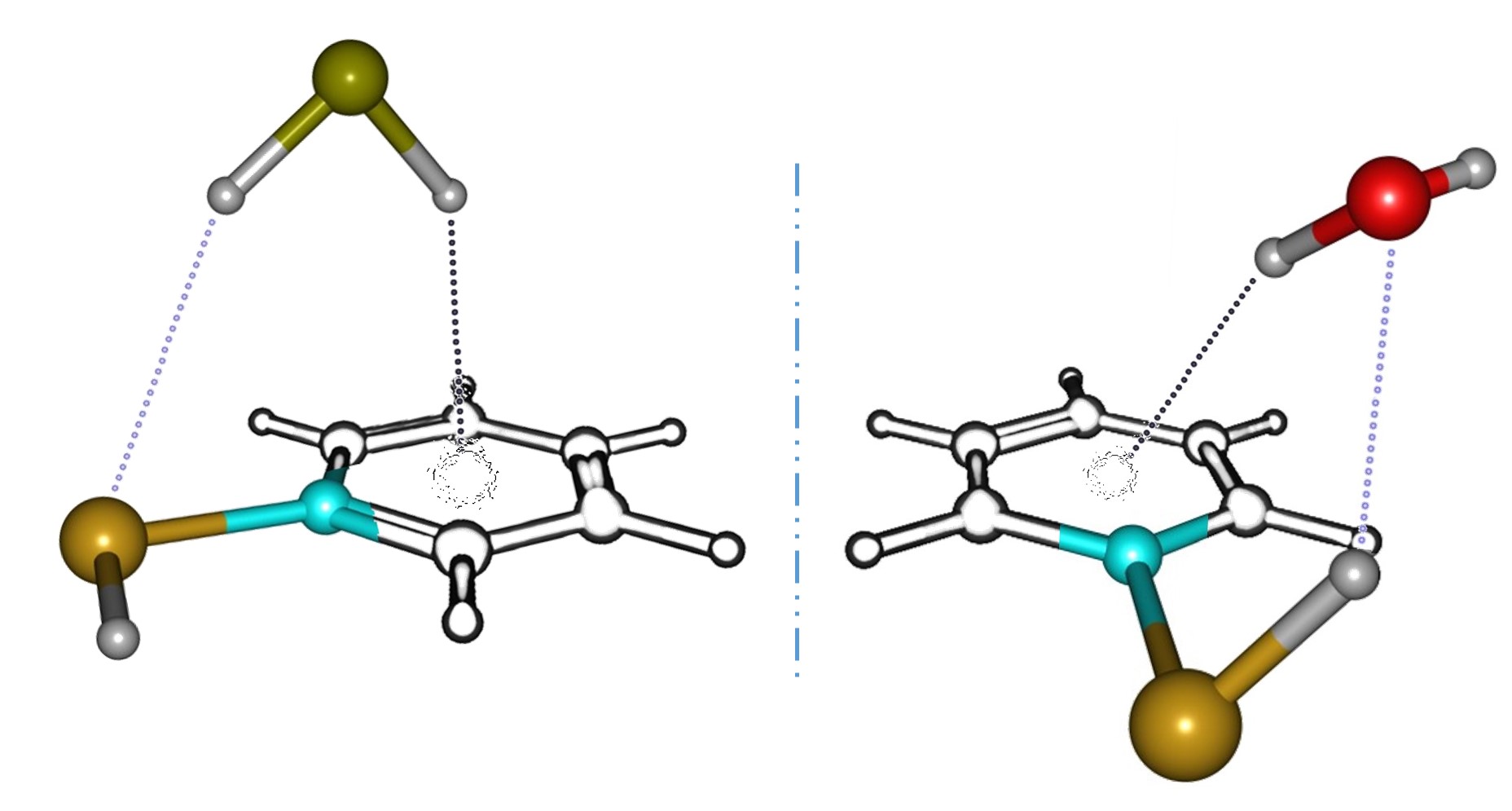