The analysis of the internal dynamics in molecules is intriguing not only for spectroscopists but also many other disciplines of physical chemistry like thermodynamics and quantum chemistry. The shape and magnitude of the threefold hindering potential corresponding to the internal molecular rotation of methyl groups, analogous to the interaction of molecular rotation with nuclear spins of atoms with a permanent nuclear quadrupole moment, is reflected in the fine and hyperfine structure of high-resolution rotational spectra. A corresponding (re)analysis allows characterizing the methyl group large amplitude motions, which can also serve as an intramolecular sensor for (stereo)electronic effects. Furthermore, for an efficient analysis of the spectral fine structure, good quantum chemical predictions of the barrier heights are significant.
Therefore, the reproducibility of the experimentally determined barrier heights of 69 molecules containing an acetyl group was tested using a promising combination of quantum chemical methods.
In addition to a mean deviation of only 2.9 % resulting from Fig. 1, an empirical scaling factor for simple density functional theory calculations could be determined, which caused a significant improvement of this simple method.
Thus, predictions by both methods can be utilized as standard procedure for the prediction of molecules not previously characterized by rotational spectroscopy.
Conclusively, the found acetylmethyl barrier heights of different carboxylic acid derivatives can be correlated with their reactivity. 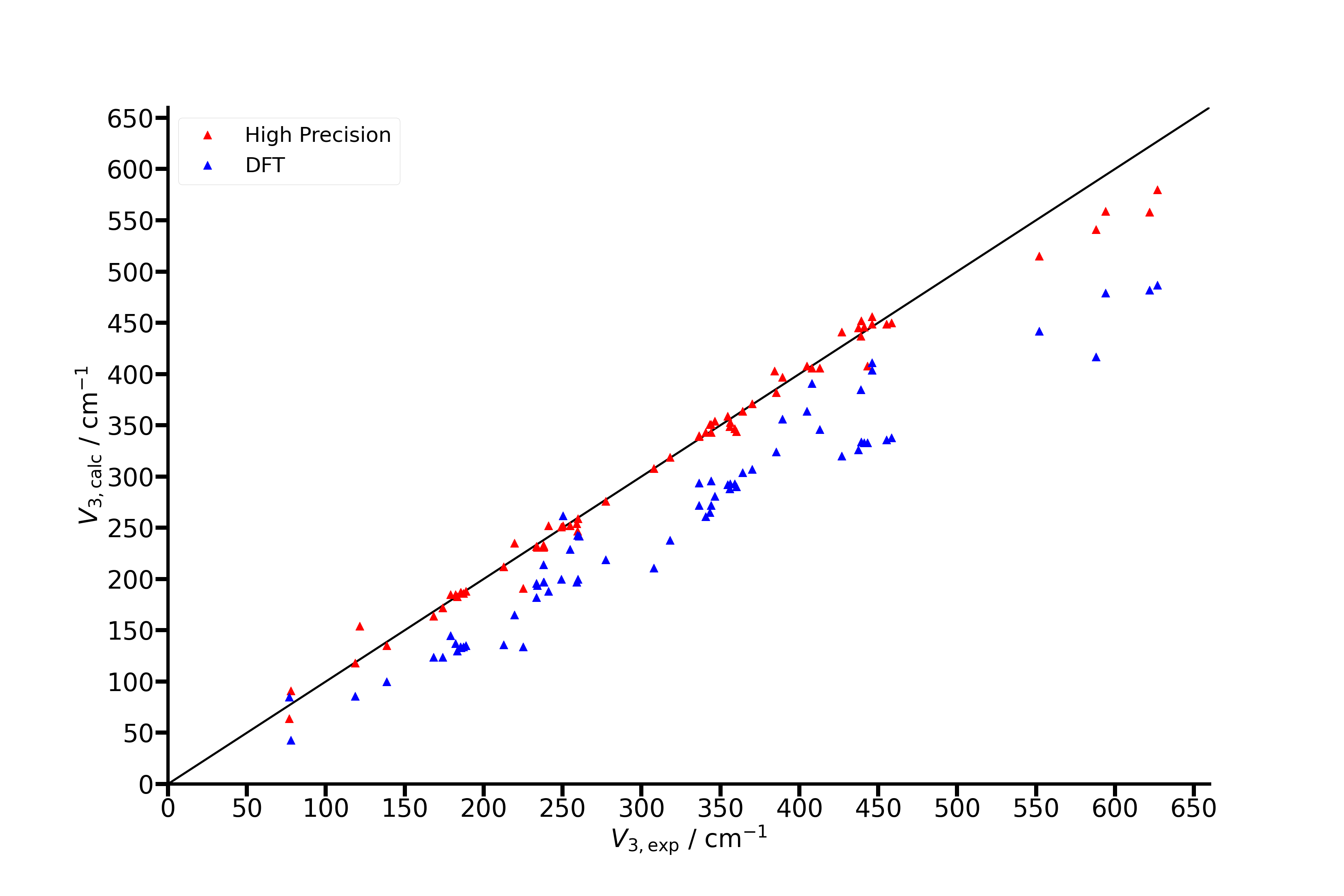